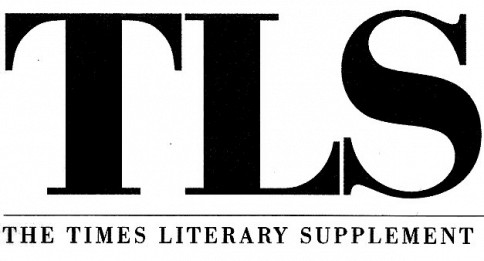 With the exception of one written at the age of eleven, and three from the war years, Nicolas de Staël’s letters span two periods in the painter’s life: the three summers spent travelling in Holland, France and Spain as an art student in the 1930s, followed by sixteen months in Morocco and Algeria; and the ten years between the end of the Second World War and his death in 1955. The early ones, particularly the letters addressed to his foster parents while he was in North Africa and engrossed in Delacroix’s Journal, are more fulsome and outward-looking, and, in addition to telling us a good deal about his early tastes in painting (Rembrandt, Frans Hals, Velázquez, Titian, El Greco, Van Gogh) and his love of Moorish architecture, afford many of the incidental pleasures of any good travelogue – among which a long synaesthetic description of a visit to the cave paintings at Altamira (the damp, the dark, the iron door; the keys, the lamp, the brunt of the low, painted ceiling) and a mosaic of little asides on Berber civilization, the rise of Hitler’s Germany and the resurgence of Islam. The later ones, which make up the main body of the book, are more staccato in style and mostly concerned with his own career as a painter. Addressed to family and a small group of friends and associates – his French gallerist Jacques Dubourg, the English critic and collector Denys Sutton, his first American dealer Theodore Schempp, the industrialist and collector Jean Bauret, the poet René Char, a rather self-important normalien called Pierre Lecuire; then later, near the end of his life, the dealer Paul Rosenberg in New York, Douglas Cooper and John Richardson in the Midi, and his unfortunate mistress, Jeanne Polge – they’re coterminous with the work recorded in the catalogue raisonné by his widow, Françoise de Staël, in the back pages of which many of them first appeared.

For a painter who was dead at forty-one, it’s quite a substantial testimony, less voluminous, no doubt – what painter’s aren’t? – than Delacroix’s writings or the letters of Van Gogh (with whom the editor points up parallels: a man of the North grappling with the light of Provence; the abrupt, accelerated maturity; the self-imposed death at a similar age), but comparable in bulk to Courbet’s correspondence and twice that of Cézanne. A good many of the letters are given over to Staël’s thoughts on painting or his artists’ books with Char and Pierre Lecuire, and nearly all of those reflections are bound up, in one form or other, with what the French writer Alain-Madeleine Perdrillat (whose painstaking elucidation of Staël’s vocabulary in the letters must be one of the best books ever written about the painter) calls the “fertile contradiction” at the heart of his work: the conflicting claims of, on the one hand, “logic” – which for Staël, who once told Lecuire that he couldn’t think of an isolated object without being aware of the “infinite multitude” of other objects that exist, refers above all to the orchestration of the picture space, those minute variations in shade and pigment-depth, or bold, interlocking slabs of colour, in which the drama of his paintings is played out – and, on the other, “accident” or chance, a factor in the making of a painting as important (and as puzzling) to Staël as it was to his close contemporary, Francis Bacon. In December 1954, he writes to Dubourg of being “excrutiatingly aware” of the part played by chance in his work, of “not mastering [his medium] in the true sense of the word, if it has one”; then, one month later, to Douglas Cooper, of believing in chance “with steadfast obstinacy”. Even the masters he most admires aren’t spared. “Poor Cézanne with his logic” is a child next to the titan Courbet (“There’s a logic in Courbet’s work that supports every conceivable illogicality”). Rembrandt has an aesthetic; Courbet, the “idiot genius” who “paints as it comes” and “nearly always differently from one painting to the next”, none. Goya is likewise weighed in the scales – against Velázquez, but also against Daumier and the French school at large – and, with the exception of the Tauromaquia etchings (“moving in the extreme”), found wanting, though this time for opposite reasons: lashings of talent, but too much agitation, too much psychology and critique des moeurs. (“It’s his way of painting a nose, an ear in relation to the rest that I don’t like.” Then, a few lines further on, in a shorthand worthy of Flaubert: “It’s not smart enough, and it’s not dumb enough”.)

Similar tensions inform almost every aspect of Staël’s life. He works slowly, he insists, but rather than prepare his own pigments, prefers paint from a tube for its immediacy of application. Six weeks after his first partner, Jeannine, who had contracted tuberculosis from undernourishment, dies in hospital during a therapeutic abortion, he is married to Françoise Chapouton, a distant relation of hers brought in to teach English to Staël’s stepson and help with the children. When he learns to drive, he does so in ten days, then bundles his family, his mistress, his painting materials and a new friend he had met through Char, Ciska Grillet, into a second-hand Citroën camionnette and goes lurching off down to Sicily. When serious money starts coming in from American sales, he buys a beautiful, run-down, fortified, sixteenth-century manor house on the edge of Ménerbes (a three-dimensional jigsaw of buildings, perched on a rocky outcrop, that he himself might have designed: “I didn’t discuss the price, your price”, he informs the seller, “because I was paying for a dream and you can never pay enough for a dream”) and oversees everything – Spanish furniture, terracotta floor tiles from Apt, curtain fabric designed by his fellow Russian exile Serge Poliakoff – with the same passionate attention to detail that he brings to the hanging of an exhibition or the layout of an article on his work or his books with Char and Lecuire. Yet he barely inhabits the place, and, six months later, has set up a studio in Antibes to be near his mistress.

The letters are also striking for the things they barely mention, if at all. Not a word about the dramatic upheavals of his early years, the family exodus from St Petersburg to Poland, the loss of both parents in quick succession, the years with his two sisters in a foster family of Russian “émigrés” in Brussels, and just one solitary allusion to his childhood (though the date is significant, since it confirms the importance for his work of his meeting with the poet), in a letter written to Char on November 8, 1951 (“You reawakened in me from the very beginning the passion I had as a child for big skies and autumn leaves, and all the longing for a direct, unprecedented language which that entails”). Nothing about the “drôle de guerre”, when he served with the Foreign Legion in Tunisia, or the grinding poverty of his life under the Occupation; and next to nothing about the death of Jeannine – just two dry letters of farewell to her mother, informing her that he won’t be writing to her any more. Nor, with the exception of the father-figurely Braque whose life he famously once saved, is there much about his contemporaries in post-war Paris: just the occasional remark about Picasso, a few words about Giacometti (“very bad”, of something he had seen at the Tate in 1950), nothing about Balthus (whom he is thought to have met at the salon of Suzanne Tézenas), and one mention a piece for Alexander Calder (he prefers the work of the Swiss surrealist Isabelle Waldberg), Poliakoff and Pierre Soulages (“total crap and no question about it”). As for the American painters used as a stick to beat him with when the “doctrine of US national supremacy in art”, as Robert Hughes once put it, took hold, while he must have been aware of some of their work, there’s no mention of any of them in the letters, or any trace of his having attended the much-publicized twelve-man show (Pollock, Gorky, Hopper et al) at the Musée national d’art moderne in 1953.

The other thing you won’t find in the letters, I think, is any persuasive evidence as to the whys and the wherefores of his death. For sure, he comes across as highly strung, aristocratic in temper, at times boyish and vulnerable, at others bold and peremptory, autocratic even, forever oscillating between abstract and figurative, between Paris and the South of France, between the need for the rootedness of family life and the need for movement, rapture, solitude. And there are signs that, in hindsight, look ominous: the description of a nasty road accident in October 1954, in which his van is written off but he himself feels “not the shadow of an emotion”; a desperately sad letter to a friend from his art school days, Madeleine Haupert, one of two quoted at some length in his biography but, for reasons unexplained, not included here (“There’s nothing left... I’ve lost my world and my silence. I’m going blind... Oh God! to be going backwards”); and, more broadly, the whole tenor – cajoling, pleading, mocking, menacing, sardonic (“Excuse me for not being dead”) – of the letters to Jeanne, published here for the first time. But there are none of the obvious red flags: no substance abuse à la Jackson Pollock, no lifelong pattern of severe depression as with Van Gogh. Nor is there any sign of haste. He puts his affairs in order, writes a note to his daughter Anne, confirming her share in his estate, two short notes to Dubourg and Jean Bauret thanking them for all they have done, swallows a bottle of barbiturates and, when that doesn’t work, climbs onto the roof of his studio and flings himself onto the corniche below. Somehow, in the brief arc of his life, it just doesn’t add up. Nicolas de Staël, the great modern painter of jubilation.